Manga / The Legend of Zelda: Ocarina of Time 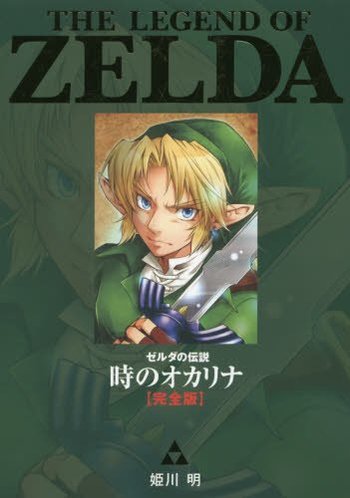 It stars a young boy named Link who lives amongst a child-like race of beings called the Kokiri. One day Link finally gets his Fairy Companion and is asked by the dying Great Deku Tree to go on a journey. While on his journey Link meets the similarly-aged princess Zelda who gives him her own task. Unfortunately, things don't go as planned. Link is put into a deep sleep and wakes up seven years later to find out his world has changed for the worst. Link must now figure out how to defeat the evil Ganondorf and bring peace back to Hyrule.

This manga received a direct sequel in the The Legend of Zelda: Majora's Mask manga.