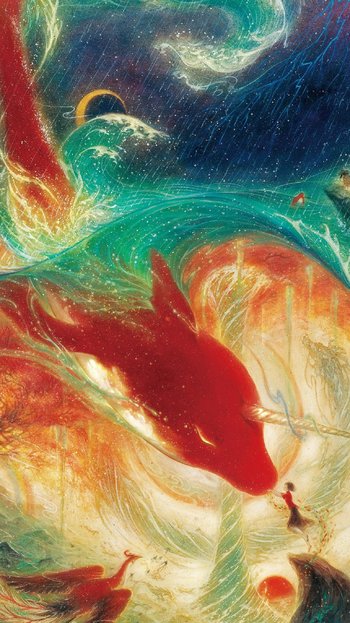 What does it take to win back a soul?
Advertisement:

Big Fish and Begonia (Chinese: 大鱼海棠, Pinyin: Da Yu Hai Tang) is a Chinese feature-length animated movie made in 2016. It tells the story of Chun, a young girl who lives in a mystical realm populated by the Others, magical spirit-like creatures. Shortly before her sixteenth birthday, she is transported to the human world in the shape of a red dolphin to spend seven days there as a rite of passage. During her time there, a human boy saves her from mortal danger but he dies in the process. Wracked with guilt, Chun is determined to bring the boy back to life - no matter what it takes...

Not to be confused with the 2003 movie Big Fish.

This animated movie provides examples of: