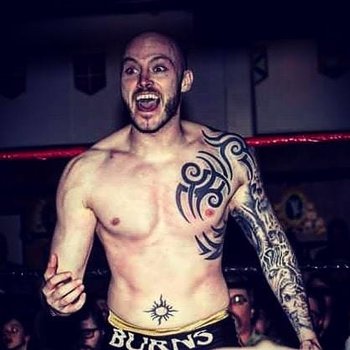 Darren Burns is an Irish professional wrestler currently based in Canada.

He began his career at the age of nineteen, training with Ireland's Fight Factory Pro Wrestling (alma mater of Becky Lynch and Fergal Devitt). He made his debut shortly after, facing future WWE star Jordan Devlin under the name Kid Krazy - but took a break for a few years.

He returned to wrestling 2013 as part of Celtic Championship Wrestling now under the gimmick of 'The Messiah' Xavier Burns - a Dark Messiah who soon became part of the Power Stable The Establishment. During this time he became CCW All Star Champion. In 2016 he relocated to Canada, and adopted a new gimmick of 'The Irish Hooligan' Danno Burns. He is the reigning RCW Social Media Champion.