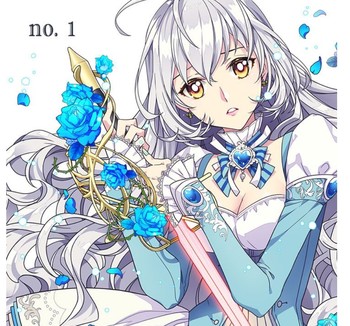 As proud daughter of House Monique, Aristia was raised to become the next empress of the Castina Empire. But with the appearance of a mysterious new girl, everything has fallen apart: the Emperor has turned his back, and Aristia’s miserable life as a lower queen is cut short by death. However a second chance to change her fate sees her reborn ‒to 7 years earlier! “Is this a dream or reality? Will my destiny repeat?”
Advertisement:

The Abandoned Empress is a webnovel written by Yuna with a webcomic adaptation drawn by Ina. The webcomic has an official English translation on Tappytoons here

and the original can be found on Kakao here

The Abandoned Empress contains examples of: