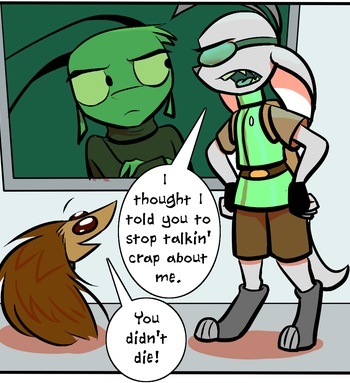 is a webcomic about two (later three) unlikely alien explorers.

The main characters consist of:

This webcomic contains example of: