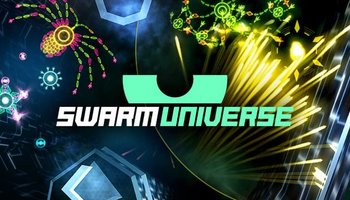 The universe is expanding.

From highscore-driven single-player game-modes to team-based online-multiplayer competition - Swarm Universe has it all. You get arenas, racetracks, various mini-games and online-multiplayer modes like free for all, team-play (up to 8 players) or capture the flag. And, if that's not enough, there's a strong and ever-growing focus on user generated content.