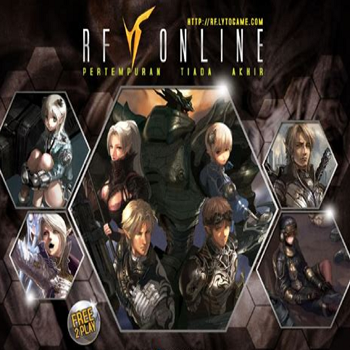 The first version of the game was released in South Korea in 2004, and was later followed by Chinese (Mandarin), Japanese, Portuguese and English translations. The North American/European version of the game launched its retail phase on February 21, 2006 and closed on November 10, 2008. RFO is currently a free to play game.

Unlike other MMORPGs, this one is actually focused on PVP against other races: Empire Accretia (Empire of Cyborgs), Holy Alliance of Cora (Theocratic Elves), and the Bellato Federation (A Federate Union of short people). It has four starter classes (Accretia only gets three, as they are no longer capable of magic), with each class having at least 2 class-ups. There are so called "chip wars" every day where you can fight to the death to destroy the other races' chips and get mining rights, which bolster your nation's economy. Each week, people also get to vote for their Patriarch, a sort of leader for their faction, who command the forces of their race in chip wars and handle some diplomacy.