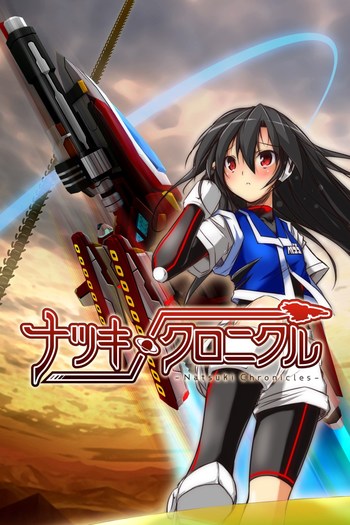 Natsuki Chronicles is a 2019 horizontal-scrolling shooter for the Xbox One. It is a spin-off of Ginga Force focusing on Natsuki Sugiura, who originally appeared in the latter game as a boss character.

The game serves as both a Prequel and a P.O.V. Sequel to Ginga Force, showing Natsuki's early missions at the Rapid Deployment Force, or RDF for short, to her defeat at the hands of Alex and Margaret and her eventual Heel–Face Turn.

The game was released for Playstation 4 and PC (via Steam) on February 18th, 2021. The Steam release can be bought here