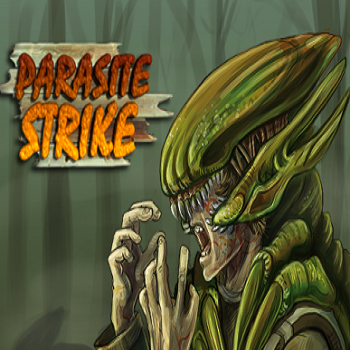 3 Years ago at Montfort Military Base, U.S.A. Once home to the most highly trained soldiers in the country, powerful aircraft, and some of the best technology. A meteorite crashed into the center of the base. This meteorite was not ordinary at all. Thousands of alien lifeforms crawled out of the base and attacked the soldiers. The military tried their best to kill the aliens but, they were overwhelmed as the aliens were mostly immune to their bullets and other forms of conventional weaponry. The general of the base had come to the final hard decision of launching a nuclear missile at the base, to annihilate the alien threat - or at least most of it. It was not the best decision made...

Instead of annihilating the alien threat, the nuclear blast instead, mutated the aliens and gave them parasitic characteristics. They then began to infect their fallen brethren, as well as the fallen military. It was not an alien invasion, it became a parasitic invasion. With conventional weaponry now all but useless, the base was completely deserted. With no resistance, the aliens took over the base as well as utilizing all the technology and vehicles left. Thankfully, due to guard towers stationed just outside the fort, no parasitic aliens were able to escape the base grounds. Yet, the fallen were to revive just a few hours later. The situation seemed hopeless but, all was not lost.

Over these past three years, Dr. Wesley and his assistants have been looking for a way to eliminate this threat. And after all this work, they have finally discovered and engineered a poison that can harm these lifeforms. Wesley, because of his previous jet flying experience, has decided to fly on a solo mission into the heart of the base to fire the poison in the core of the meteorite and as a result, hopefully neutralize the parasitic invasion once and for all.

Equip up to 3 weapons, adjusting each's angle and position individually, as well as up to 4 gadgets to best suit your strategy. Earn experience from each parasite destroyed. With this experience, upgrade your ship, weaponry, as well as installing gadgets to give an edge in battle. Play through 6 main levels, while discovering 6 secret levels along the way, and fight 7 bosses that will challenge your skills. Will you be able to help Wesley destroy this parasitic strike?