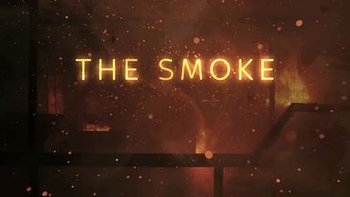 The Smoke is a British television drama that debuted on Sky1 in February 2014. The show was created by Lucy Kirkwood and focuses on the London firefighters of the White Watch, focusing primarily on Kev Allison (Jamie Bamber) who is returning to work after a horrific injury.