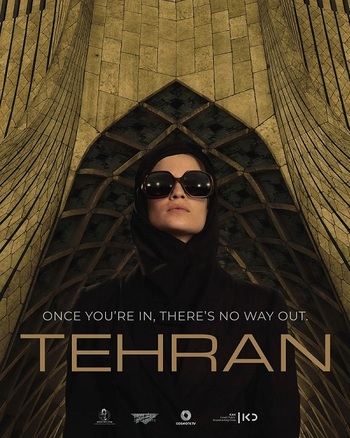 Tehran is a 2020 Israeli drama series created by Moshe Zonder, who wrote for Fauda, for the Israeli channel Kan 11. Apple TV+ is responsible for streaming the show online outside of Israel. Cineflix is in charge of distribution rights. Niv Sultan is the leading star with a cast of actors/actresses of Israeli and Iranian heritage. Because of historical and current tensions and lack of diplomatic relations between Iran and Israel, the show is produced in Athens, Greece.

Tamar Rabinyan, an Israeli of Iranian heritage, is sent on a black op mission to Tehran to lead Mossad efforts in disabling Iranian anti-aircraft defenses near an Iranian nuclear reactor so that the Israeli Air Force can take it out in an airstrike without any civilian casualties/lost planes.

However, things go wrong after she changes places with a local electric company employee named Zhila Gorbanifar. Her boss thinks that Tamar is Zhila and tries to rape her, only to be killed in self-defense. Tamar is forced to hide from the notorious Iranian Revolutionary Guards led by Faraz Kamali while she encounters and makes friends with pro-democracy activists in Iran.