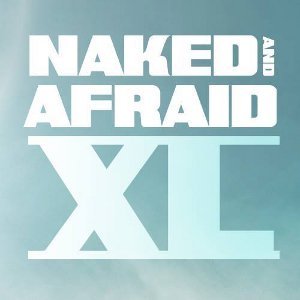 Naked and Afraid XL is an American reality television series that airs on the Discovery Channel and premiered on July 12, 2015. A Darker and Edgier Spin-Off of the original Naked and Afraid, this show changes the original show's formula in three respects.
1. Instead of focusing on one man and one woman, NAXL focuses on six men and six women - all of whom previously appeared on Naked and Afraid.
2. The challenge is to survive for 40 days rather than 21.
3. Though the survivalists were split into starting trios and each deposited in the same rough area, it is up to them to find one another in the wild and decide whether or not to stick with their starting trio, seek out another tribe or go it alone.
The second season started on July 10, 2016.