Series / How Clean is Your House? 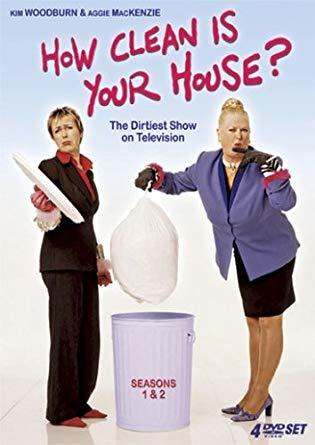 How Clean is Your House? was a British television program featuring Kim Woodburn and Aggie Mackenzie in their quest to clean some of Britain's (and later America's) filthiest flats. Rather a Lighter and Softer version of Hoarders, the series focused less on the personalities of the occupants and more on the straightforward matter of cleaning, offering practical household tips and solutions for common cleaning problems. These helpful hints, plus the colorful personalities of Kim and Aggie, drive the show.