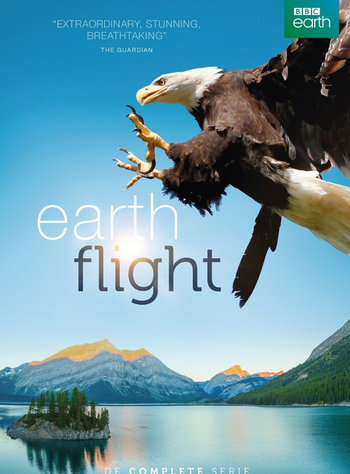 Earthflight is a BBC One six-part documentary that aired from late 2011 to early 2012. It uses various innovative techniques, such as cameras strapped to the backs of birds and filming from aircraft, to capture spectacular footage of flying birds from around the world, with each episode focusing on birds from a different continent (except for the last episode, which discusses the methods used to create the show). It is narrated by David Tennant.