Recap / The Amazing World of Gumball S3E33 "The Society" 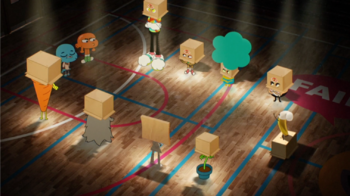 After not getting the part in a school play and getting detention, Gumball thinks there's a secret society in Elmore Junior High that gives special treatment to select students...and Gumball does what he can to get in.