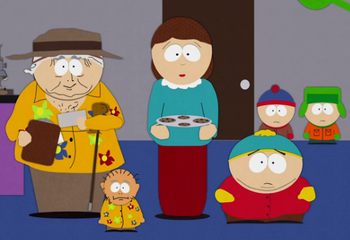 Cartman goes on a quest to find out who is real father is. Meanwhile, Stan, Kyle, and Kenny try to tape Cartman's weird behavior so they can send the video to America's Stupidest Home Videos and win $10,000.

This episode contains the following: