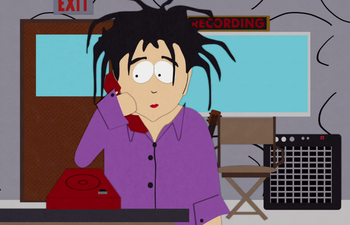 Robert Smith (The Cure) is phoned to help save the day.
Advertisement:

On an archaeology trip, Cartman finds an odd triangle that turns out to be an artifact needed to turn Barbra Streisand into a metal Godzilla-like monster.