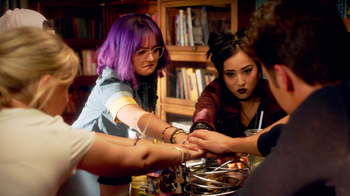 The teens hatch a plan to steal recordings of their parents' dealings from the Wizard servers at a gala fundraiser hosted by the Minorus as revelations continue to strain the PRIDE's internal relationships.