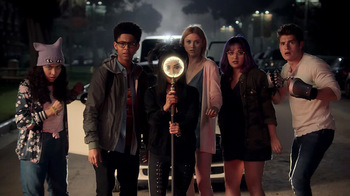 The kids come together to rescue Alex, who has been kidnapped by one of Geoffrey's old associates out for revenge. In the process, Alex's faith in his father is shattered, and the PRIDE gets their final sacrifice.