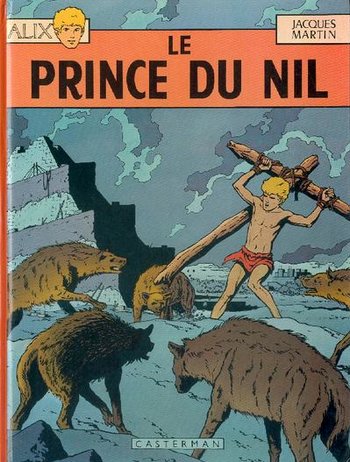 Le Prince du Nil (The Prince of the Nile) is a comic book by Jacques Martin. It was first published in Tintin magazine in 1973. Then it was published as a comic album in 1974. This is the eleventh episode of the Alix series.

Alix and Enak go to Nubia, in southern Egypt, because they are invited by Ramès Menkharâ, the pharaoh of an (fictional) Egyptian state independent from the Ptolemaic Kingdom. The pharaoh invited them because he thinks that Enak is a distant relative and an Egyptian prince. This, at least, is what he pretends at first.