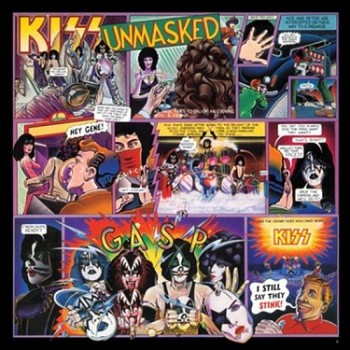 Unmasked is the eighth studio album by KISS, released in 1980. Despite appearing on the cover, Peter Criss is completely absent on the album, as he was in the process of leaving the band at the time (not unlike Ace Frehley and Creatures of the Night). Anton Fig would very briefly fill the drumming spot (he did the same on Dynasty on every song except "Dirty Livin'"), before Eric Carr became a permanent replacement.