Music / Music from "The Elder" 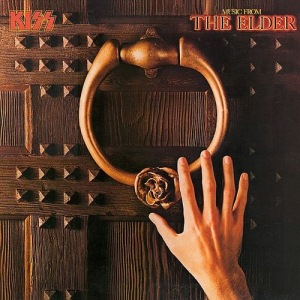 Music From "The Elder" is the ninth studio album by KISS, released in 1981. It was an attempt at a Progressive Rock Concept Album that came out around the time when the band's fortunes were slipping following the releases of the four solo albums, Dynasty, and Unmasked, and after the replacement of drummer Peter Criss with Eric Carr. The album would cause the band to eventually replace lead guitarist Ace Frehley with Vinnie Vincent in 1983, as Ace only contributed to a few tracks on the album. Ace wanted to create a much harder rock album, but was outvoted by the band's two other founding members and Eric Carr had no say in the matter. (Some of the songs that were demoed before this album's release would find their way onto the 1982 Europe-only release of Killers.) It is considered an Old Shame by a seemingly shameless band, as they performed very few songs from the album live.

Tracklist (US and European Version):