Music / Creatures of the Night 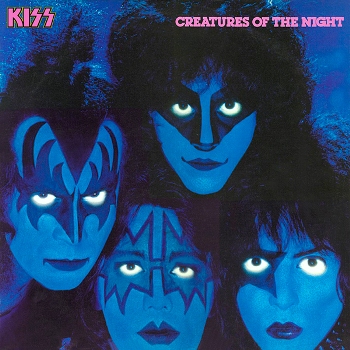 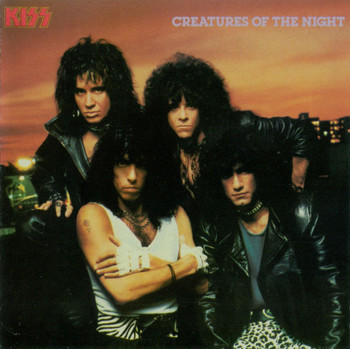 Creatures of the Night is the tenth studio album by KISS, released in 1982. It was also the last to feature the band in make-up until the 1998 release of Psycho Circus, although for Eric Carr it would be his last featured make-up appearance. Despite appearing on the cover, Ace Frehley is completely absent on the album, as he was in the process of leaving the band at the time (not unlike Peter Criss and Unmasked). This marks the first appearance with Frehley's replacement Vinnie Vincent, albeit initially uncredited. It was the last KISS album to be published under the band's old record label Casablanca Records (its founder Neil Bogart died the same year that it was published) before Casablanca went defunct and they switched to Mercury Records. Since both labels were owned by PolyGram, some early copies of the album would be misprinted with one side of songs from John Cougar Mellencamp's album American Fool.

"You'd better watch out, 'cause I'm a trope machine":