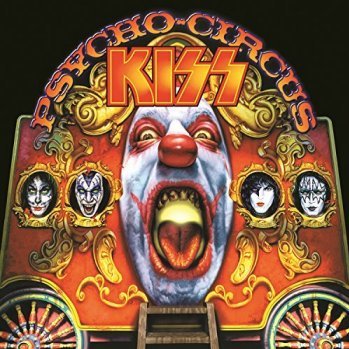 "You're in the Psycho Circus!"
Psycho Circus is the 18th studio album from the American hard rock band KISS, released in 1998. It is the last album to date to feature all four original members of the band being on the album, as Ace Frehley and Peter Criss would retire from the band and be replaced respectively by Tommy Thayer and Eric Singer.

Welcome to the tropes.