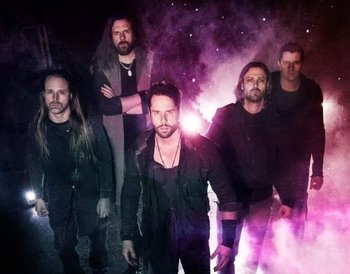 A Progressive Metal band from Stockholm, Seventh Wonder is known for their concept albums, technical proficiency, and soaring vocals. The band was formed in 2000 by Andreas Blomqvist, Johan Lievfendahl, and Johnny Sandin after their previous band fell out, and it has undergone quite a few lineup changes since. Their 2005 debut Become met critical praise, but after then-vocalist Andi Kravljaca's departure and Tommy Karevik (formerly of Vindictiv) subsequently taking over the mic, the band were hyped to write their next release with him, Waiting in the Wings met with critical acclaim upon its release in 2006. Two years later, the band released their concept album Mercy Falls, further cementing their status as one of Sweden's top Progressive Metal bands.

In 2010, SW released The Great Escape and promoted it through their music video for "Alley Cat"

. The band's productivity afterwards was slowed down by Tommy's work with Kamelot and occasionally Ayreon but they managed to play gigs together from time to time and produce a live album in 2016. In 2018, the long-awaited Tiara, a follow-up/spinoff Concept Album to the Title Track of The Great Escape, was released.

We trope the skies with our Tiara...