Music / Another Side of Bob Dylan 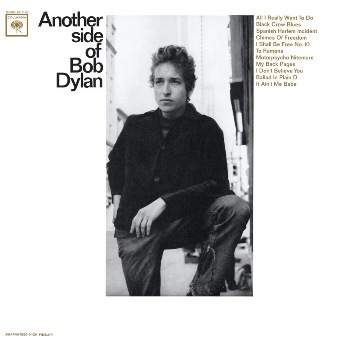 I must remember that I, too, play guitar.
Advertisement:

Another Side of Bob Dylan is the fourth studio album by Bob Dylan, released in 1964. It marked his transition from protest songs to impressionistic, expressive lyrics, which caused his first major backlash from fans and critics. The album is best remembered for "It Ain't Me Babe", "Chimes of Freedom" and "My Back Pages".

It would be his last solo acoustic studio album for many decades, until the arrival of Good as I Been to You from 1992.