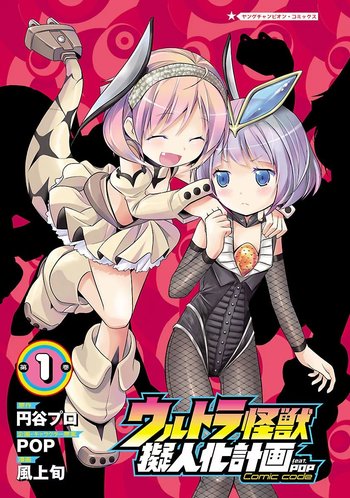 Ultraman was never this... girly?!
Advertisement:

After surrendering to Ultraman and leaving Earth, Alien Mephilas suddenly wakes up in the body of a schoolgirl at the Kaiju Graveyard High School. Hilarity Ensues as Mephilas tries to get used to her new environment, make new friends (all of whom are also defeated kaiju), and restart her dream of capturing the heart of the Earth.