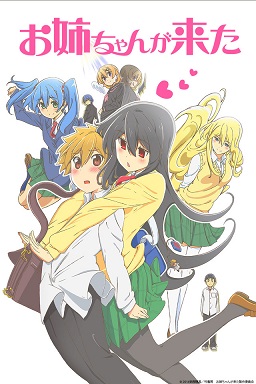 Tomoya’s father remarries to another woman, giving him a stepsister, Ichika. However Ichika is 17-years old and has completely fallen in love with her stepbrother who is only 13!!

Onee-chan ga Kita (My Big Sister Arrived) is an anime short series airing as part of the Winter 2014 Anime. Crunchyroll is streaming the show, which can be viewed here

by audiences worldwide except Japan.

Tropes in the show include: