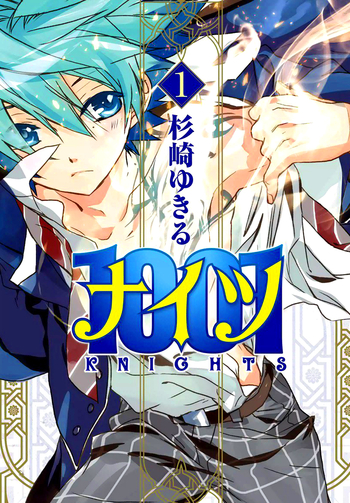 1001 Knights is a manga series created by Yukiru Sugisaki, which ran in the shoujo magazine Monthly Asuka from 2012 to 2017 (a notable feat, since Sugisaki is known for abandoning her projects).

Naito Fuuga and his twin brother Yuta Fuuga are working together in an investigative agency. Their father isn't living together with them, his monthly payment serves as a proof of him being alright. One day the father disappeared without a trace and so Naito and Yuta are searching for him. Their journey leads them to Dubai where other people just like them work who also have a seal on their body. Said seal grants mysterious powers to the ones who possess it and gives them excess to an unknown world full of adventures.