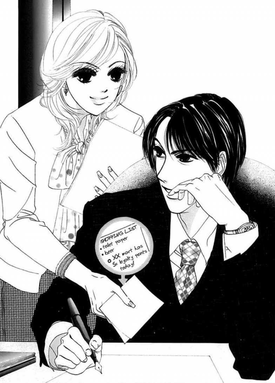 A Josei manga [which is also a drama] about the ups and downs of OL Hotaru Amemiya: a "dried fish woman," which is a term for women who, instead of focusing on going out, looking good and going on dates, would rather live a more relaxed lifestyle. She rents a home alone; however, through strange circumstances, her boss starts living there as well. The two of them keep this a secret from everyone, as he gives her advice on love and life. Hotaru eventually finds a boyfriend, but is there some tension between her and her boss, Takano?