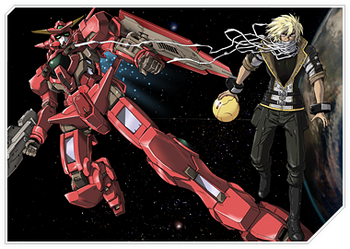 As with most Gundam series, Mobile Suit Gundam 00 has a number of sidestories that complement the main series. These sidestories are designed to flesh out the world of Gundam 00, and give insight into the histories of various characters, Celestial Being and the mobile suits themselves. As of 2010, there are 7 side stories, which can be divided into the following:

All of the side stories provide examples of: