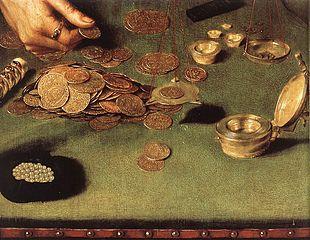 Certainly there are lots of things in life that money won't buy, but it's very funny —
Have you ever tried to buy them without any money?
— Odgen Nash
Advertisement:

Tropes about coins and paper currency itself.