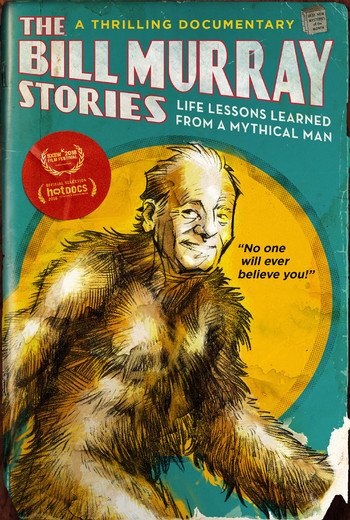 "You know, if anyone saw us, all we have to say is, 'No one is going to believe you.'"
— Adam Savage, while floating down the Colorado River in a raft made of duct tape and bubble wrap
Advertisement:

A character is doing something they would hate to be caught doing, whether it be illegal, out of character, or just plain strange. Naturally, that character would prefer to keep their actions hidden. So when an Innocent Bystander notices them, say, sneaking away from robbing a bank wearing nothing but a shower cap and an alligator purse, what's there to say to keep said bystander from blabbing the secret?

"Go ahead and tell everyone you know. No one will believe it."

This character has just created a Cassandra Bystander, taking Refuge in Audacity to create a Cassandra Truth, thereby ensuring their secret is kept safe and the bystander doesn't go blabbing. The circumstances around the creation of a Cassandra Bystander can be as lighthearted as a celebrity messing with a fan by doing odd things to as serious as some forms of Gaslighting. This may invoke You Wouldn't Believe Me If I Told You. If they go on to tell others, and are believed, it becomes a Tempting Fate.

Can be Played for Drama if, instead of a stranger, the bystander is someone who the character knows, or the secret that required the creation of a Cassandra Bystander is a crime committed to the bystander. Subtrope of Cassandra Truth. Compare and contrast to Cassandra Gambit, as a Cassandra Bystander is at most one or two people; more than that would mean the secret is out anyways. Compare Masquerade, which is about a conspiracy to hide something unusual from the public, and Shameful Source of Knowledge. Contrast Hidden in Plain Sight and Leave No Witnesses.