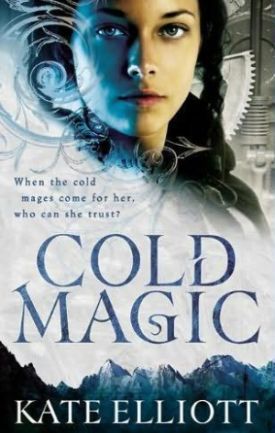 Catherine "Cat" Hassi Barahal is going about her business - attending college, mocking her cousin and best friend Bee's boycrazy ways, rereading her deceased father's journals - when a cold mage from the aristocratic Four Moons House comes to collect on a debt that her family owed the house, demanding the eldest Hassi Barahal daughter as payment. Cat's uncle and aunt offer her up, telling her to protect her cousin Bee at all costs. Cat finds herself married, on the spot, to the proud and cold-mannered Andevai Diarisso Haranwy.

Married into a mage House making preemptive strikes in a war against radicalism and technological advancement, Cat must escape and ensure that Bee is rescued from Four Moons House.

Meanwhile, there are rumors that General Camjiata, the revolutionary conqueror exiled after his attempt to unite Europa under his rule and liberal legal code, has escaped his exile...

Following their escape from Four Moons House, Cat and Bee attempt to join the local chapter of political radicals - only to find themselves in the company of the revolutionary General Camjiata. Wishing to avoid the General's conspicuous presence, they seek refuge elsewhere. A hasty escape into the Spirit World brings Cat face-to-face with the Master of the Wild Hunt, who has plans for her...in the Antilles.

Washed up on the shores of Expedition, Cat is tasked with finding the Wild Hunt's next victim - knowing that if she cannot find a suitable candidate, Bee is next.

Returning to Europa, the revolution has begun anew, while Cat rushes to discover how to overturn the power structures of the mortal world and spirit world alike...