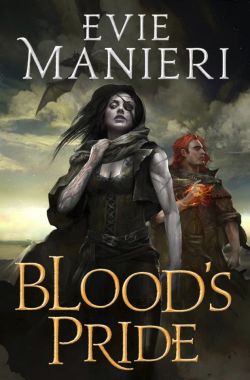 The first book deals with a rebellion among the Shadari people against their Norlander conquerors. A Shadari faction hires an infamous mercenary known as the Mongrel (aka Meiran aka Lahlil) to lead a violent insurrection, but she's dangerously unpredictable and seems to have her own personal agenda that doesn't necessarily match anyone else's. People on both sides of the conflict find it's not as simple as Shadari versus Norlander, since a number of them have friendships and romances which cross the divide, leaving them in danger from prejudice on both sides. Both camps are split by deep political divisions and personal feuds, and most characters are keeping secrets that have a nasty habit of surfacing at the worst time.

In the second book, the focus shifts from the Shadar to Norland. Some of the Norlanders who were sympathetic to the Shadari rebellion now seek to convince the Emperor to accept Shadari independence, and another group independently makes the same trip looking for a cure to an unknown poison. However, both missions get tangled up in Norlander internal problems. The Norlanders have a religious policy of exiling anyone deemed physically impure, and a prophecy says that the survivors will return as an army of the cursed — the Emperor believes that he's destined to lead the heroic defeat of this army, but other Norlanders think this is a dangerous delusion which might upset their own secret goals.

The third book returns to the Shadar, and concludes the series.