Literature / The Season to Be Wary 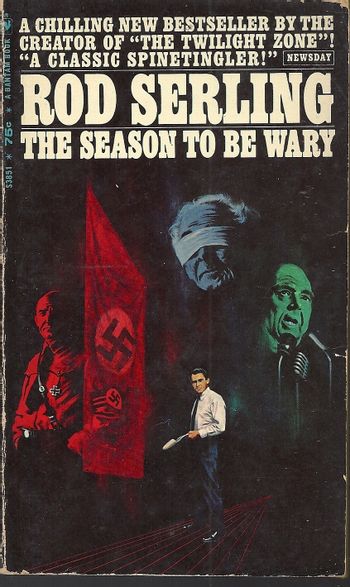 The Season to Be Wary is a 1967 collection by Rod Serling comprising three short stories:

"The Escape Route" and "Eyes" were eventually adapted into two segments of the Pilot Movie for Night Gallery.note Serling rightly noted that TV execs wouldn't dare do "Color Scheme".

WARNING: Since the stories rely heavily on twists and reveals, this page is a veritable minefield of spoilers. Be cautious.

All the stories provide examples of:

"The Escape Route" provides examples of: