Literature / The S-Classes That I Raised 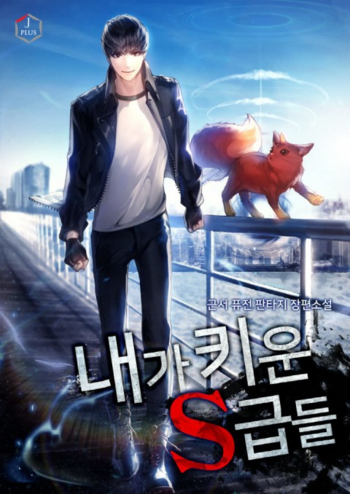 Dungeons full of dangerous monsters have suddenly begun to pop up around the world, and people find themselves Awakening to video game-like abilities. In this world of Hunters, guilds, stat screens, and ranks, Han Yoojin is a lowly F-Rank Hunter with only support skills and a severe inferiority complex. His younger brother, a much-beloved S-Rank who is one of the strongest people in the world, dies saving him from a powerful dragon. Han Yoojin uses his ability to temporarily take his brother's powers and defeat the dragon, which drops a Wish Stone that can grant a wish. Hated by a lot of people, regretting many of his past decisions, and unable to use the stone to bring his brother back to life, Yoojin decides to rewind time to five years ago.

Armed with knowledge from the future and a few new skills from defeating the dragon before he regressed, Yoojin decides to help raise up future S-Rank Hunters and S-Rank monsters for his own benefit, but finds that they become very attached to him.