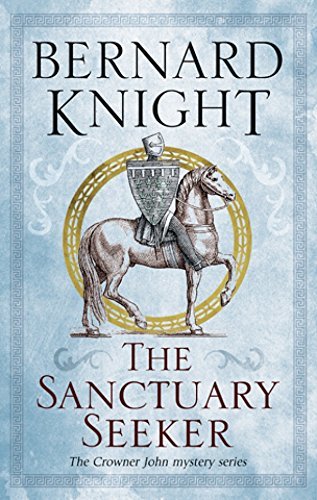 The Crowner John Mysteries are a series of novels by Bernard Knight following the fictional life of Sir John de Wolfe, a former Crusading Knight appointed to the office of Keeper of the Pleas of the King's Crown, i.e. the King's Crowner or Coroner, for the county of Devon.

As Crowner, Sir John has to investigate all sudden deaths, murders, rapes, assaults, fires, wrecks and catches of royal fish, as well as trying to drive as much custom as possible into the royal courts, instead of the old manor and shire courts. John has a large area to administrate – there are supposed to be three crowners for Devon but he is the only one. In all this, he is assisted by Gwyn, his old Cornish retainer and Thomas de Peyne, an unfrocked priest, who is his clerk. John's surly social-climbing wife Matilda is the sister of the sheriff of Exeter, Sir Richard de Revelle, who does all he can to make life difficult for John, who seeks solace in the arms of his Welsh mistress Nesta, the landlady of the Bush Inn in the city.