Literature / The Crimson Petal and the White 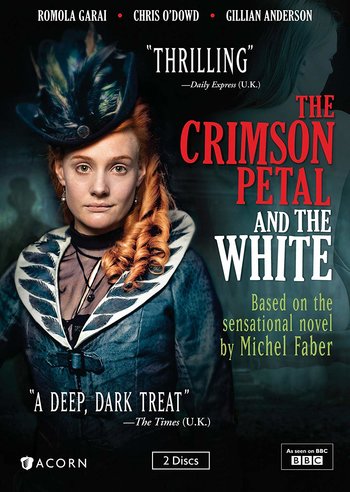 The Crimson Petal and the White is a novel by Michel Faber, set in Victorian London and published in 2002. What Dickens would have written if Dickens was alive today, according to a review. Made into a three episode BBC drama in 2011.