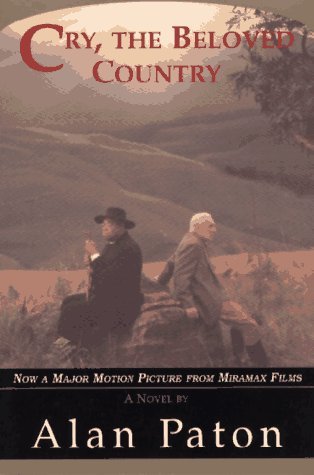 Cry, the Beloved Country is a 1948 novel by Alan Paton. Called "the most important novel in South Africa's history," it tells the tale of Father Stephen Kumalo, a poor African priest who leaves his small village to venture into the big city of Johannesburg, where his estranged sister Gertrude and son Absalom moved years before.

It has been made into film several times, most recently in 1995 with James Earl Jones and Richard Harris. In 1949, Kurt Weill and Maxwell Anderson adapted it into the musical Lost in the Stars.