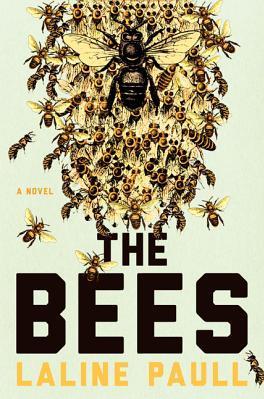 It follows the story of Flora 717, a disposable sanitary worker, as she works in devoted service to the beloved Queen. However Flora 717 is an unusual adaptation from the rest of her kin - larger, more hardy. In previous years she would have been given The Kindness, but times are hard, and all must do their part to ensure the survival of the hive.

As Flora experiences life in the Hive from different perspectives - Sanitation worker, Nursery worker, forager - she begins to realise that all is not right with the Hive, and that the wasps, spiders and other vermin of the Myriad may not be the only enemy.

Tropes found in The Bees include:

It's a book about bees. Has to have one of these.