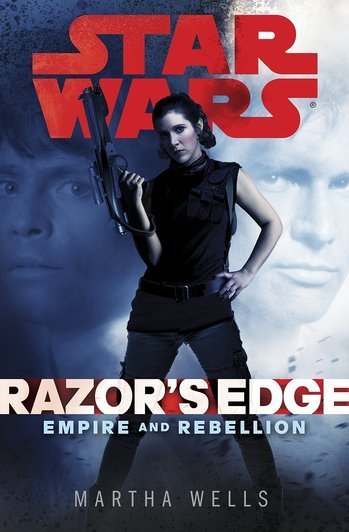 As the story opens, Princess Leia Organa, joined by Han Solo and a crew of Rebels, is en route to a rendezvous with a cadre of merchants sympathetic to the Rebellion, to negotiate for funding and supplies for the nearly completed Echo Base. Her ship, the Gamble, is attacked by an Imperial corvette and barely escapes. When they limp into the rendezvous point at a trading station, they witness an attack on a merchant ship (the very one that contains their sympathizers) by a pirate vessel. Leia is shocked to realize that the pirate craft is an Alderaanian patrol ship, all of which were thought to have either been destroyed with Alderaan or subsequently joined the Rebellion.

Determined to find out what caused Alderaanians to turn to piracy, Leia (along with Han and two of her crew) talks her way aboard the ship, the Aegis, to meet with Captain Celine Metara and her crew. They find themselves infiltrating a pirate base, both to rescue their allies and to try to get Metara out of the debt she owes to the pirate leader, so that she might consider another path. Meanwhile, the Imperial corvette is still out there, looking to finish the job it started.

Razor's Edge is the first of the planned Empire and Rebellion trilogy of novels set during the Original Trilogy era, designed to evoke the feel of classic Star Wars, starring (in order) Leia, Han, and Luke. Honor Among Thieves is the second story, and Heir to the Jedi was intended to be the third, but Disney's Continuity Reboot of the Expanded Universe interrupted this plan. Razor's Edge and Honor Among Thieves were deemed to be Legends works, and Heir to the Jedi was rewritten to be one of the first stories in the new Star Wars Expanded Universe. Reprints of Razor's Edge with the Legends banner do not include the "Empire and Rebellion" subtitle.