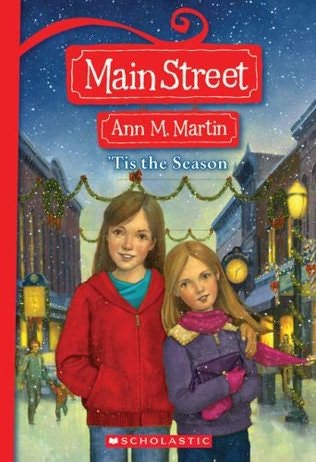 Main Street is a children's novel series by Ann M. Martin aiming at age group 8-12. The story revolves around two sisters - Ruby and Flora Northrop who shift to a small town Camden Falls to live with their Grandmother after the sudden death of their parents. The books tell us about the girls' new journey and adaptation in a new town and new people with old memories, and some with rather dubious ones. There, they make new friends like Olivia and Nikki. Olivia's grandmother owns a store with Min (Ruby's and Flora's grandmother)

After completing The Baby-Sitters Club series the Main Street series were begun by Ann M. Martin. She has stated in one of her interviews that she always liked writing about small towns and this made writing the Main Street series even more interesting. The books have at one point or another talked about almost everyone and all shops in the town. According to Martin, she had to create a whole new imaginary town which was very enjoyable.