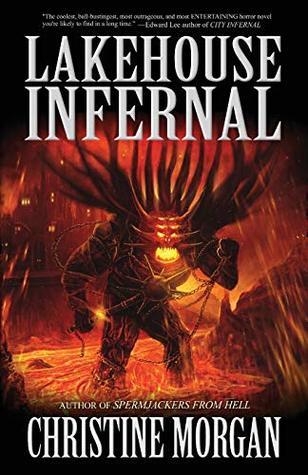 Lake Misquamicus was an unremarkable lake in Florida, unremarkable that is until suddenly it was filled with six billion gallons of blood, bile, pus, piss, shit and ...things... directly from the pits of Hell. First the public was in shock, then the government built a wall, and as time passed it became another urban legend. But for some, it has become a travel destination. Spring-breakers, drug-runners, and religious nuts. But a weekend getaway on the shores of Hell, may not be the safest idea...

Lakehouse Infernal is a novel by Christine Morgan and takes place in the same universe as Lucifer's Lottery by Edward Lee.