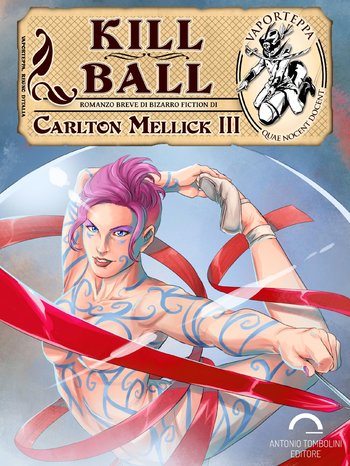 The spread of a mysterious illness has made any contact with unfiltered air near-instantly fatal, forcing humanity to survive within specially constructed bubbles. Sex - or indeed any other form of skin-to-skin contact - has ceased to exist. That doesn't stop former full-body-pool player and accidental matricide Colin Hinchcliff from wanting it, though, or from lusting after the alluring stripper known as Siren.

Meanwhile, a Serial Killer called Kill Ball is on the loose. Wearing a pitch-black bubble with an extendable knife, he specialises in killing strippers by puncturing their bubbles. And as Colin tries to impress Siren, he ends up right in Kill Ball's path.