Literature / Horton Hears a Who! 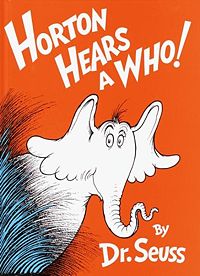 "A person's a person, no matter how small."

A 1954 children's book by Dr. Seuss, adapted into a 1970 animated special by MGM Animation/Visual Arts (the studio responsible for the classic animated adaptation of How the Grinch Stole Christmas!) and a 2008 animated film from Blue Sky Studios (the creators of Ice Age). The book's plot also makes up a sizable part of the plot of the stage musical Seussical. It was dedicated to a Japanese friend, Mitsugi Nakamura. In fact, Seuss intended for the story to be a metaphor for the American occupation of Japan after World War II.

Rare for Seuss, this book is a sequel (to Horton Hatches the Egg).

Not to be confused with "Horton Hears The Who", which is a) a The Who bootleg and b) an Incredibly Lame Pun so obvious it has been made several times independently.

The Book and Its Adaptations

This book and its adaptations provides examples of: 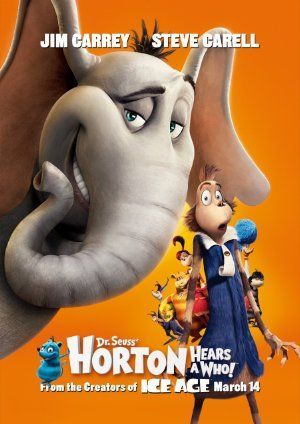 Alternative Title(s): Horton Hears A Who