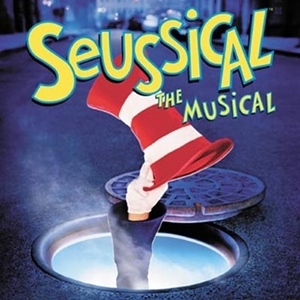 "Oh, the thinks you can think,
think and wonder and dream
far and wide as you dare"
Advertisement:

Seussical is a 2000 Broadway musical based on the works of Dr. Seuss with music, lyrics, and book by Lynn Ahrens and Stephen Flaherty (of Schoolhouse Rock! and Ragtime fame). It draws a lot of its plot from Horton Hears a Who! and Horton Hatches the Egg but also includes characters and elements of The Cat in the Hat, How the Grinch Stole Christmas!, Green Eggs and Ham, and many other lesser-known works. Though its Broadway run was a notorious flop, it was drastically cleaned up and has become an extremely popular show with amateur/community theaters, and for local school productions.

This musical provides examples of the following tropes: