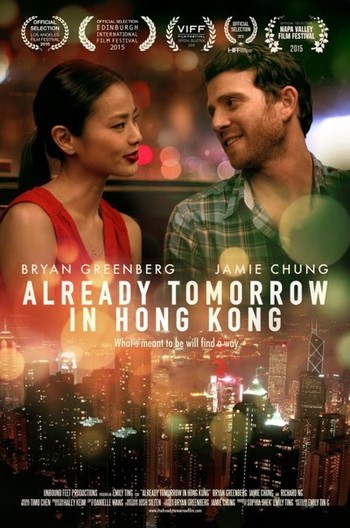 Already Tomorrow In Hong Kong is a 2015 romance film written and directed by Emily Ting in her directorial debut. Jamie Chung and Bryan Greenberg star.
Advertisement:

Ruby, a Chinese-American tourist in Hong Kong, gets lost and accepts directions from an American expat called Josh. Throughout the course of the evening, they make a connection that gets interrupted by the revelation that Josh has a girlfriend. One year later, they bump into each other again - where Ruby has now moved to Hong Kong.