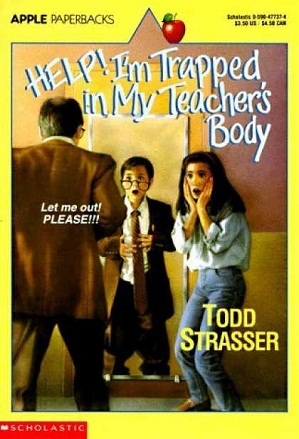 Jake Sherman is an Ordinary Middle School Student, who is condemned to help his Mr. Dirksen, his grouchy science teacher, finish his experiment as part of a routine detention. However, when lightning strikes the house, Jake gets knocked out, and wakes up in his teacher's body. After that, his middle school life is pretty much doomed to wackiness and hilarity.

Written between 1994 and 2001 by Todd Strasser, the series achieved some popularity, but was largely overshadowed by the monumental popularity of series like Animorphs and Goosebumps.