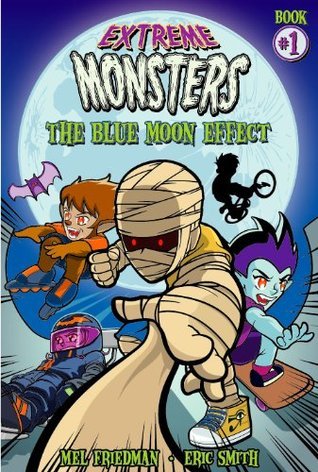 Extreme Monsters was a book series published by Penny Candy Press and Brighter Minds Media about a group of preteen monsters who enjoyed playing extreme sports. The main group consisted of Val (a skateboarding vampire), Jinx (a street luging witch), Wulf (an in-line skating werewolf), Steiner (a BMX biking Frankenstein monster) and Mumford (a speed climbing mummy), with their coach being a mad scientist named Doc.

Competing against the Extreme Monsters was a rival team called Team Pendant, which was owned by an unscrupulous businessman named Damon Christopher.

Each chapter book had a puzzle at the end of every chapter, the correct answers of which would be used to form a password to unlock games and other features on the books' now defunct official website www.extrememonsters.com

Books in the main series: